We say goodbye and good luck to Eddie our Caretaker who is retiring after 18 years in our school. We say a massive thank you for all your hard work and dedication, We will miss you x x x

We say goodbye and good luck to Miss Crook who is retiring after 27 years teaching in our school. We say a massive thank you for all your hard work and dedication, We will miss you x x x 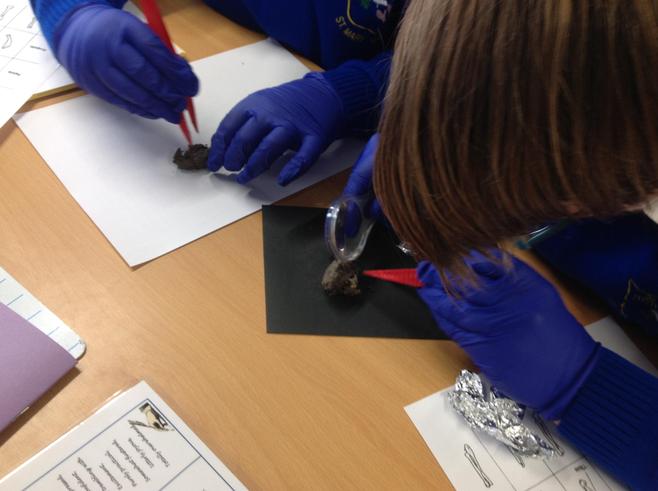 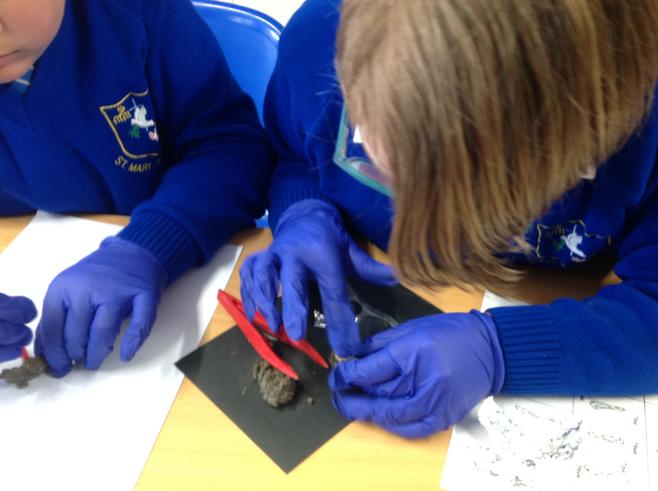 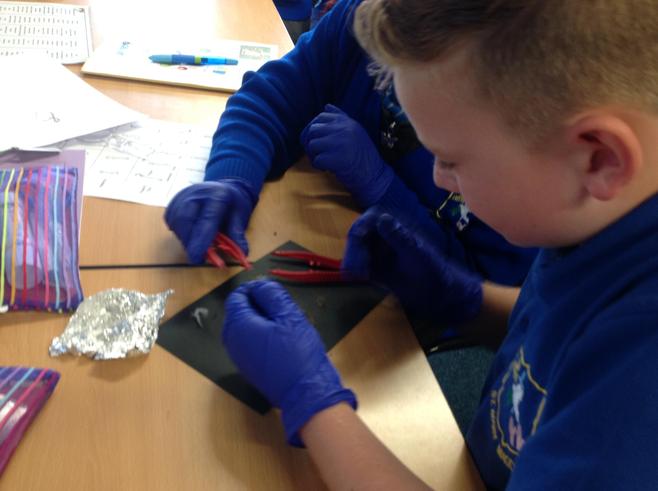 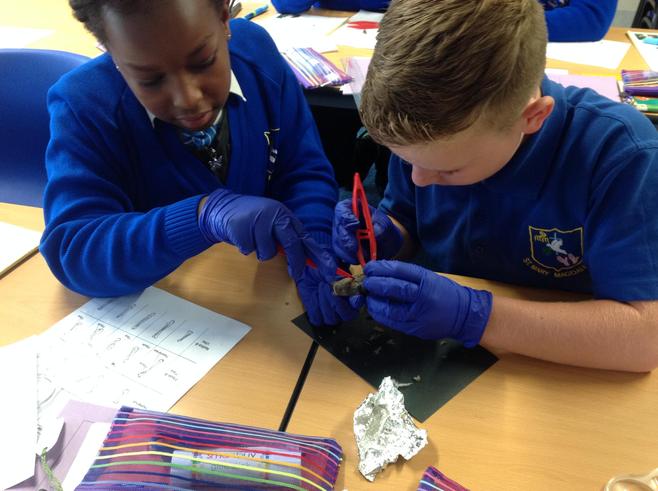 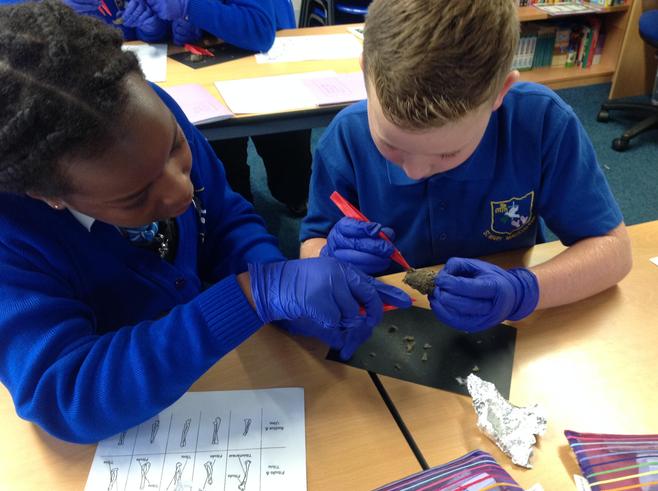 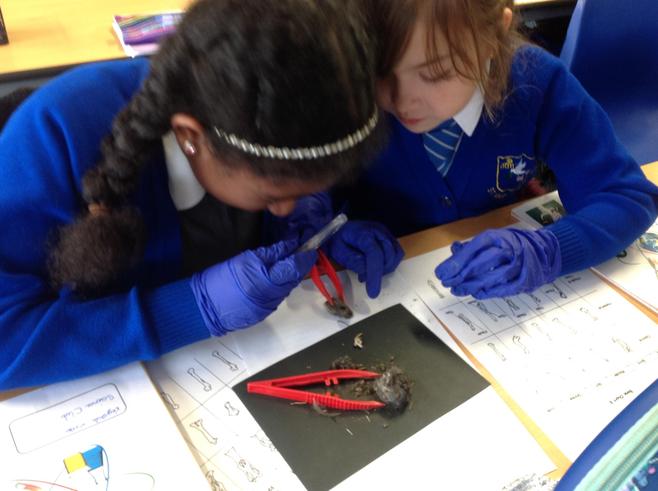 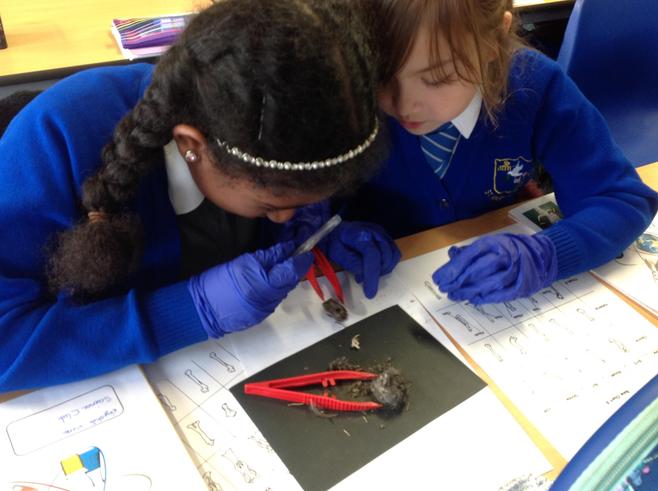 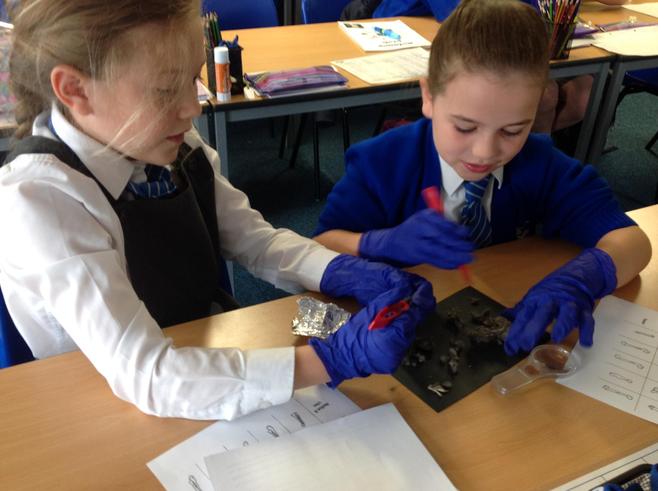 Statements from the children after they dissected regurgitated owl pellets.

When I started this pellet experiment I was a little nervous because I had no idea what we would find, but then I started and felt better because my partner and I found loads of bones and some feathers. It was a lot of fun doing this experiment!

While we were investigating owl pellets we found animal bones, mostly rat bones and we could tell they were rat bones as they were tiny. I admit I felt rather disgusted even although I really wanted to know the details of the pellets. It smelt very strange and it was very hard to take out the pieces because it was as solid as a hard rock. It was disgusting but so interesting as I had never felt an owl pellet.

In Science club we investigated owl pellets which was really fun. We had a pair of tweezers and some rubber gloves. When we were investigating the owl pellet we found lots of feathers and little bones, this tells us that owls eat mice and other birds.

When I found out we would be looking through owl pellets I thought it was a bit disgusting but actually when we did it it was really interesting. My partner Helena and I found lots of bones and what we think was rats head! When we were doing it I couldn't smell the pellet so that was fine. I hope we get to do more experiments like this!

Our assembly with visitors from Blue Cross Animal Charity

Children of the World - Christmas 2018

Our Strawberry Tea. Entertainment was wonderful by the pupils.

Year 2 at the MK 50 Music Festival. KS 1 Primary Music Festival had 400 children from different schools who all met at the Ridgeway Centre to sing a selection of songs to celebrate MK's 50th birthday. They particularly enjoyed the song about the concrete cows. The children had a great time.

Welcome to the gallery! Please enjoy browsing the children’s work, trips and photo's from around the school.
B CEOP
Top
Cookie information
Cookie Notice